You are here: Home / Ms. Martha 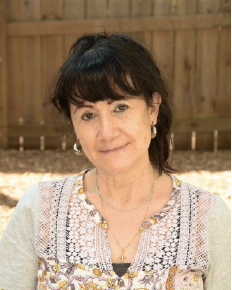 Martha Martínez is a wife and a mother of two grown daughters. She came from a country in South America called Colombia. Before coming to Endeavor Montessori, she was the Lead Toddler Guide at Atlanta Montessori International School. She also worked with a family as their son’s caregiver for six years. During that time she was introduced to the Montessori Philosophy and was inspired to continue to grow in Montessori ever since.

She was with AMIS now for almost 6 years, with my first four years as an Assistant Teacher. She was so amazed by the work the toddlers were doing independently with the utmost confidence and joy. In this she was inspired to become a Montessori Lead Teacher and receive training, which I received in 2019. She is happy to be a part of this new community. When she is not working she loves spending time with her family, hiking, trying new recipes, taking walks and traveling.